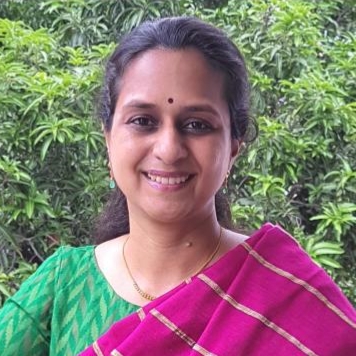 She is a PYP Programme Leader in the IB Educators Network (IBEN), providing programme expertise to Evaluation of IB PYP Schools. Being the first IB-PYP school in Chennai, she led the School towards the IB PYP Authorisation in 2014 and the first 5-year review of the Programme in 2018. She has been the Co-Chair of the PYP South India &amp; Sri Lanka Network since 2018 and works with PYP schools in the region to support the growth in their understanding of the PYP programmes.

Prabha holds a Masters in Business Systems from Monash University, Australia, a B.Ed. from IGNOU, New Delhi and a Post Graduate Diploma in Education Leadership from CEMD – SOL. She also holds a Diploma in Spanish from the Government of Mexico and has taught English and Spanish to several professionals and expatriates in Mexico and India. Working with teachers and students, &quot;Ancora imparo” – “I’m still learning, always learning.” is a tiny, yet powerful reminder, from Michaelangelo, that she strives to live by.

Prabha feels that she is deeply influenced by several teaching-learning philosophies, including that of Jiddu Krishnamurthy, Dr. Abdul Kalam, Loris Malaguzzi and John Dewey. Prior to becoming an educator, Prabha spent close to a decade in Technology Consulting at Deloitte, Tata Consultancy Services and Mercer Consulting, at which time, she taught Languages and the Performing Arts, in other settings.

As member of the Senior Leadership Team at AAIS, she brings forth this experience in Technology, to lead all the Educational Technology Integration and implementation initiatives at the School. Prabha enjoys engaging with different languages and is proficient in English, Tamil, Hindi and Spanish, besides having a deep interest in Sanskrit. Also, an accomplished Indian Classical (Bharatanatyam) dancer, Prabha has performed widely in India and overseas, acclaimed in several regional and national dailies. She was awarded the title of “Yuva Kala Bharathi” by Bharat Kalachar, a leading sabha (ArtHouse) in 2005.

A Council Member of the Tamilnadu WICCI Entrepreneurship Council, she works with a group of dynamic women to support the learning and growth of women employed/self-employed in various fields. When not working, Prabha may mostly be found curled somewhere, with a book. She enjoys travelling, because she believes that it is a gateway to meet new people and explore new places and ways of living.