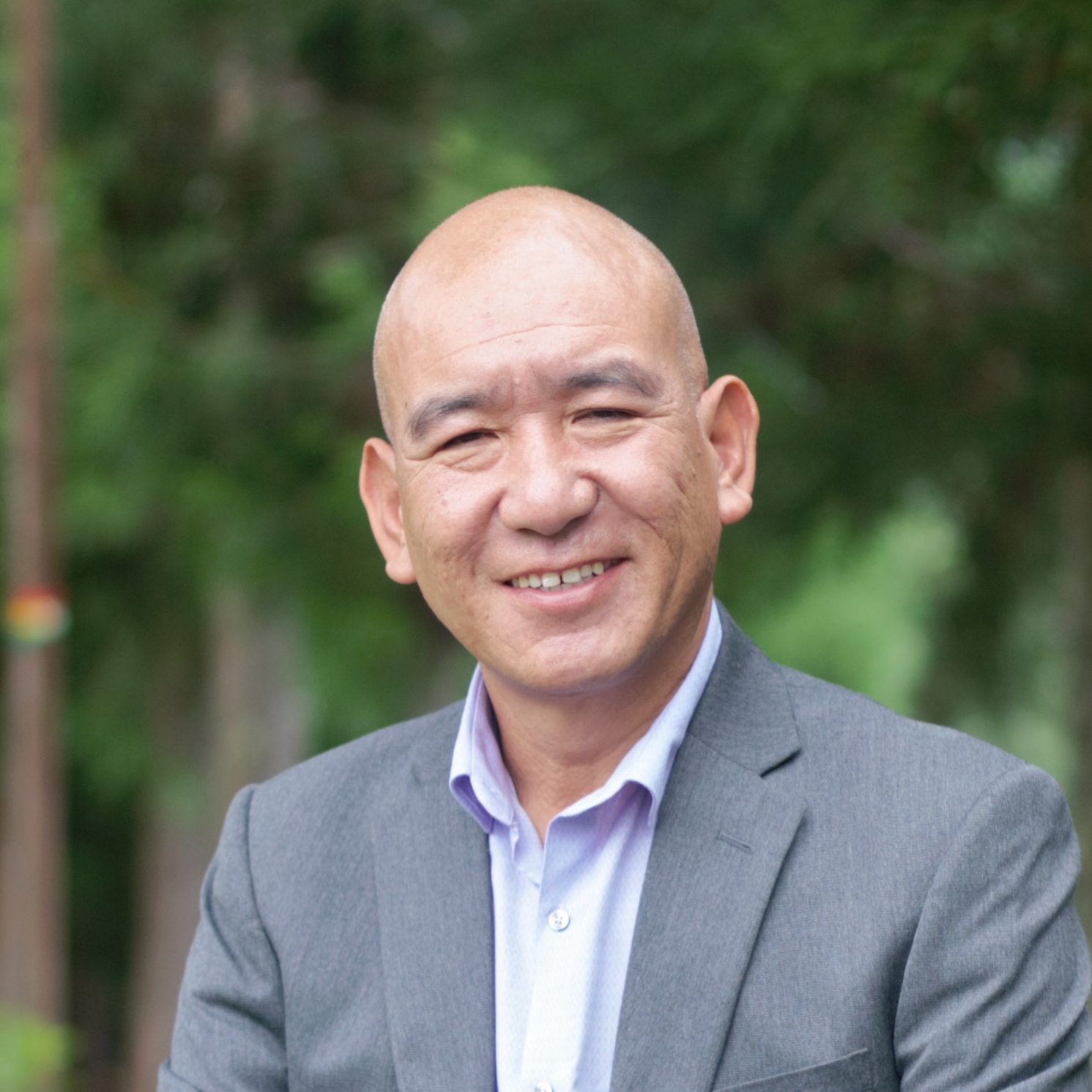 Born in 1971 in Village Damgyen, Mon Tawang, Arunachal Pradesh, Lobsang Phuntsok was sent away to a monastery in South India at a young age by his grandparents. He studied Buddhist philosophy and practice at the Sera Jhe Monastery in Mysore, Karnataka.

In 2000, Lobsang attended the Millennium World Peace Summit organized by the United Nations in New York City. He made a humble beginning from here and spent time in the US and Canada teaching and giving talks on the universal principles of compassion and education. He gave talks on these subjects at Harvard University, Boston University, and Clark University among other educational institutions in the United States as well as Carlton

University in Ottawa and the University of Calgary in Canada, and other institutions in Europe as well. While in the United States, Lobsang visited public and private schools to talk to children because he believes that if seeds of compassion are sown early in children, they have an opportunity to flourish in adulthood with the right nurturance. He discussed this extensively at a conference held by Essential Schools, a group of schools started by Theodore R. Sizer, a former Dean of Harvard University.

He worked with doctors and medical professionals to help them incorporate compassionate thought and action into their professional practices. He volunteered regularly at hospice care facilities to help people come to terms with end-of-life anxieties and have peaceful lives in the time they had left. Through his extensive travel and talks, Lobsang established learning centers in the United States and Canada and founded the Jhamtse Buddhist Centers in Boston, Massachusetts. In 2003, Lobsang founded Jhamtse International, a non-profit organization in the United States, dedicated to educating the heart, mind, and body – the three essentials of the 21 st century. Inspired by his vision and mission, many supporting organizations and groups have emerged in around 50 countries, including Switzerland, Canada, Australia, Germany, the Netherlands, Italy, France, Sweden, Japan, Singapore, Malaysia, and Israel to name a few.

In 2006, Lobsang left behind his life as the Founder and Director of Jhamtse International, a spiritual teacher and life coach to start Jhamtse Gatsal Children’s Community in Lumla near his hometown in Arunachal Pradesh. The Community accepts orphaned and most at-risk children from nearby villages to give them a chance at life and success. Today, it has more than 100 children in its care, including 25 graduates who are pursuing higher education in different parts of the country, including Delhi, Bangalore, Pune, Dharamsala, etc. Jhamtse Gatsal provides the children with a secure home, education, medical care, and a lifelong commitment to their well-being from PreK to postgraduate studies and until they become financially independent. The Jhamtse Educational Model is rooted in the Three Essentials of Educating the Heart, Mind, and Body so the children can develop Compassion to Nurture, Wisdom to Guide, and Skill to Serve.

In 2016, Lobsang was invited by the United Nations to be a keynote speaker during the Universal Children’s Day celebrations. He gave talks at the UN and interacted with students of different institutions as well as important delegates, ambassadors, and UN officials on the importance of education and raising children through love and compassion. The story of Lobsang’s life and work is showcased in the Emmy and other prestigious international awards-winning documentary, Tashi and the Monk.