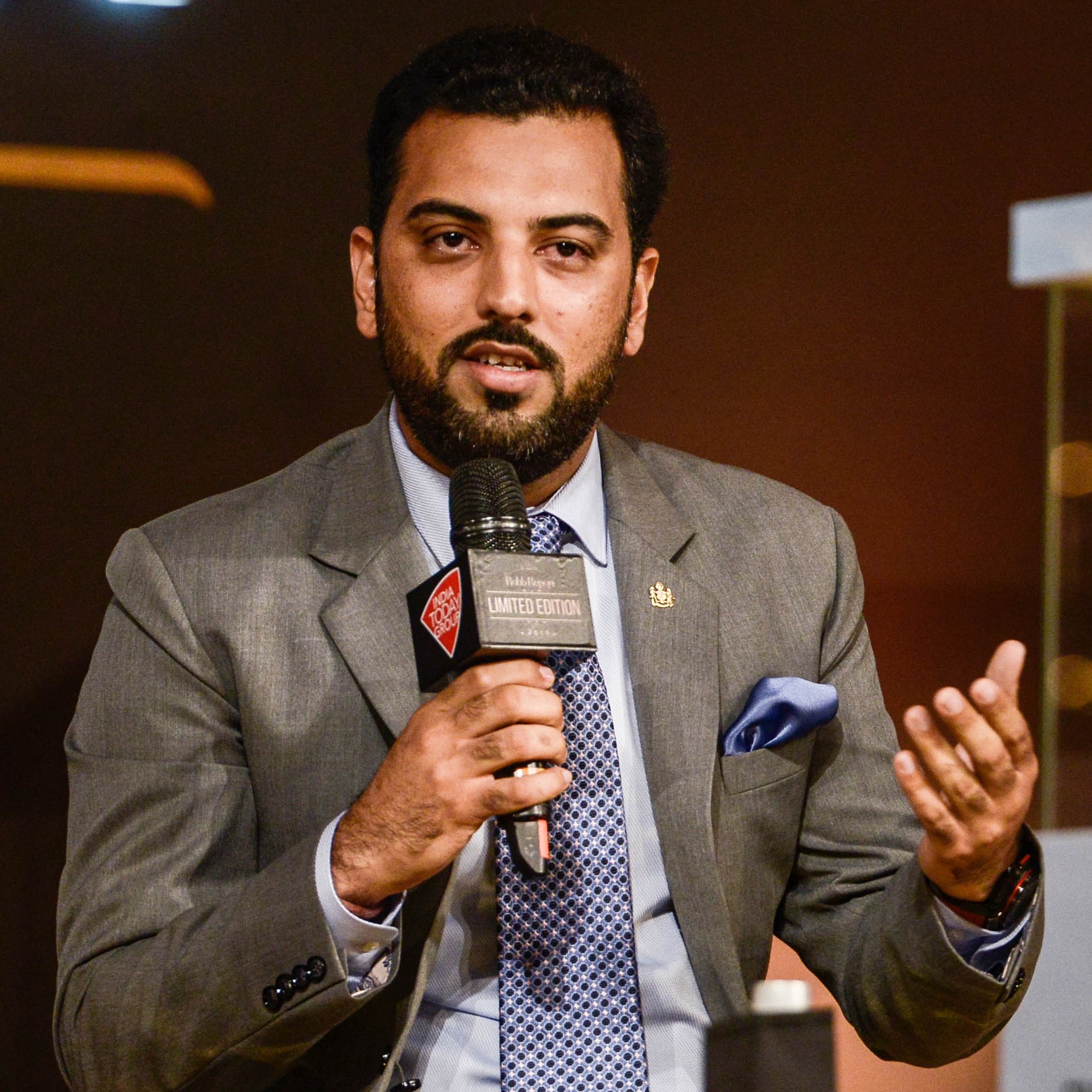 Lakshyaraj Singh Mewar is a scion of the 1500-year-old House of Mewar in Udaipur. Born on the 28th of January, 1985, he is the only son of Shriji Arvind Singh Mewar and Smt. Vijayraj Kumari Mewar of Udaipur.

As a child, Lakshyaraj was raised to respect and honor his esteemed lineage, which is rich in history and culture. His childhood was spent in hearing stories about his valiant ancestors and their remarkable traditions. He was greatly inspired by his paternal grandfather, his late Highness Maharana Bhagwat Singh Mewar, whose diligent service to society and sense of charity, exemplified the importance of serving the community while upholding social and moral responsibilities

Believing in working his way to the top, Lakshyaraj started his career from scratch by working as a waiter at the Four Seasons Hotel in Australia, followed by a stint at several cafes in Australia.

Thereafter Lakshyaraj turned his attention to developing Palkikhana as a European-style café at the picturesque Manek Chowk of the City Palace, Udaipur. With experienced chefs by his side, Lakshyaraj worked painstakingly to improve the F&B (food and beverages) quality and service standards across the HRH Group of Hotels.

Lakshyaraj is an ardent sports enthusiast and is especially passionate about Cricket. His consistent efforts and love for the game are well respected, as he is an Advisor to the President of the Rajasthan Cricket Association.

Lakshyaraj’s unwavering commitment to social causes and his dedication to the public has created awareness on several issues related to the rural and urban populace in the region. He has conducted various campaigns to create awareness in the field of education, health, environment, and other social causes, in order to improve the standard of living and quality of life of the local people.

Lakshyaraj also takes pleasure in working for and encouraging the youth, especially in creative fields. He provides opportunities for them to exhibit their talent and participate in many remarkable events.