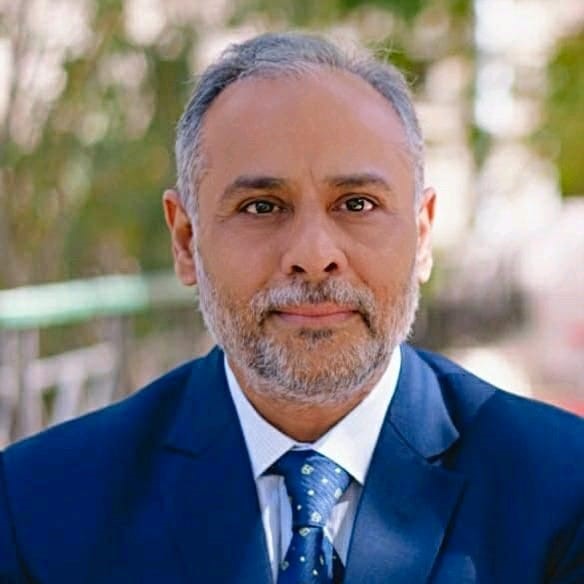 Dr. Madhav Deo Saraswat is the current Principal of Hyderabad Public School, Begumpet. He is a post-graduate in English, Hindi, and Sanskrit. Subsequently, he also earned a Doctorate in Hindi Literature.

Dr. Saraswat believes in establishing and promoting a culture of excellence and meritocracy in every sphere of school activity. His educational philosophy is simple and can be summarised in two lines. He believes that Education is about providing the correct references and appropriate stimulants to the students for their inherent goodness to express itself on its own.

He believes that ‘Experiential Education’ for the youth is the need of the hour and promotes the ideology of ‘Leadership through Service’ in students.

After a rewarding career in the Doon School where he served for 16 years, he was the founder Principal of two schools. Thereafter, he took on the mantle of the C.E.O of the ‘Sapkal Knowledge Hub’ in Nasik.

He joined it at a time when the school needed a firm hand. With his inimitable grit and unflinching determination, he raised the Scindia School to its pinnacle. He expected nothing less than perfection from the students and faculties because he wanted the school to be “top-notch”. Those who have known him closely believe that he has been an exemplary mentor, a role model, and had raised the bar for all, transforming the Scindia Community and never allowing even the slightest amount of complacency to seep in.