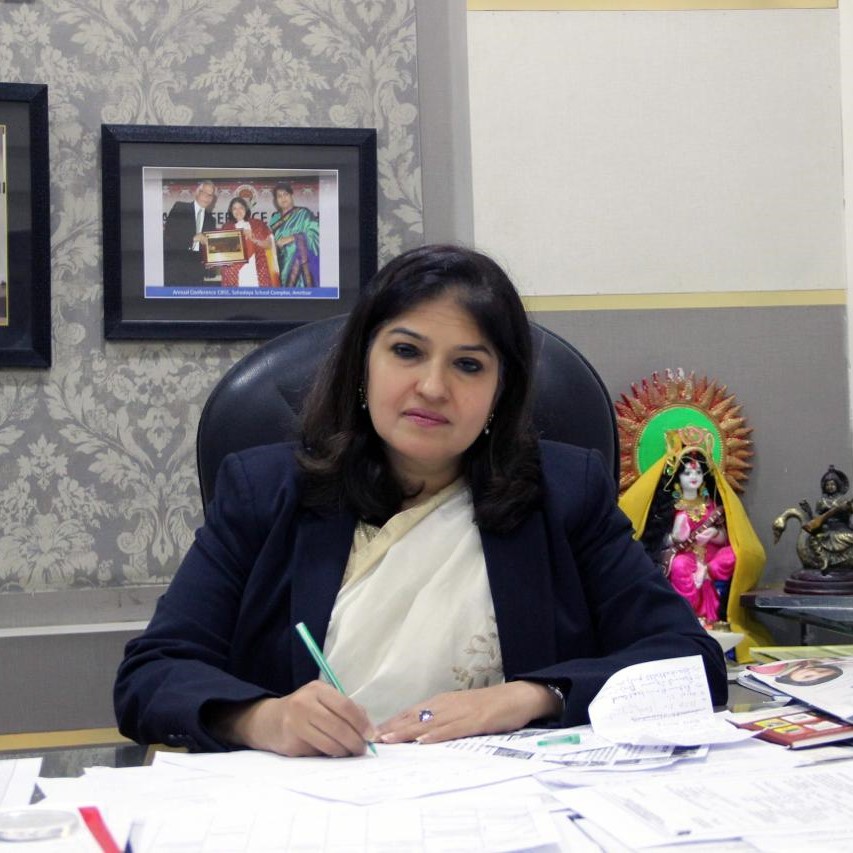 A passionate educator who believes that it is only through education that India’s destiny can change, Mrs. Amrita Burman, Deputy Director, Sunbeam Group of Educational Institutions has been associated with Sunbeam for well over 22 years now. With a masters in Management degree and a passion for education Mrs. Burman has also undergone a course in education from Harvard Graduate School of Education .

She has been a pivot around whom the Sunbeam precept has been built and closely monitors the unpacking of the Precept across 24 Sunbeam Schools . She takes active interest in training teachers on how to deliver the Sunbeam Precept and loves interacting with parents and kids alike to get a feedback on how to improve the Sunbeam delivery system.

She has traveled widely both in India and abroad and is in complete sync with happenings in the field of education all around. She presented a paper in ‘India & Career skills in Turkey’. She was also part of educational delegation to understand school delivery systems of Singapore, Italy , Finland and other countries. She has facilitated several conferences and seminars of repute in India and abroad including taking up sessions during the Sahodaya National Conference and during the Mentor Conclave just to name a few and has also edited a complete English series for Pearson Longman – the world’s largest publisher.

She is also a part of the AFS Think Tank besides being Head of Round Square of Sunbeam School. She was part of the FICCI delegation which visited London in February 2019 to attend Learnit and will be attending the Microsoft World Educators’ Conference E2 in Paris in the first week of April .

She has headed the Sunbeam Schools to varied achievements, being ranked by Education World as No 1. Schools in India on various parameters on various occasions and Sunbeam Schools being recognized as one of the Future Ready Schools of India for two consecutive years just to name a few. .

She believes in holistic development in students and is herself an avid reader, a music lover, a keen badminton player and an excellent orator.

She has been acknowledged and awarded by several organizations but Sunbeam students winning accolades all over is what gives her the most happiness.