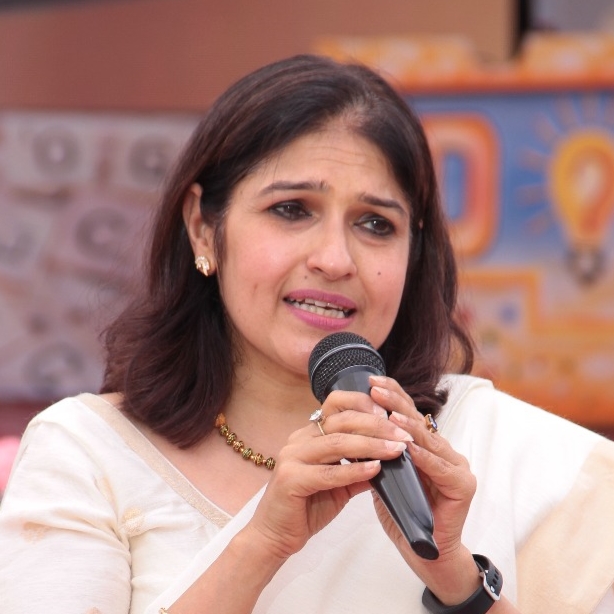 A passionate educator who believes that it is only through education that India&#39;s destiny can change, Mrs. Amrita Burman has been associated with the Sunbeam Group of Educational Institutions for 3 decades now. She holds a Masters’s Degree in Political Science and has done her MBA both from Kolkata. She has done her Certificate course in Advanced Educational Leadership from Harvard Graduate school of Education and Developing Strategies of Online Teaching and Learning from Harvard Graduate school of Education. She has received the ALBERT EINSTEIN AWARD in Delhi for research in education, India’s most IMPACTFUL SCHOOL LEADER AWARD, FUTURE 50 HIGH IMPACT LEADER AWARD among many more. She was a part of the first QS.I-GAUGE R.I.S.E. fellowship, the first cohort in the country organised by the Jindal Global University and the University of Southampton.

She, along with her team has researched and worked on the Sunbeam precept which guides the academic and co-curricular transactions at Sunbeam. She closely monitors the unpacking of the Precept across 25 Sunbeam Schools. Many of them being in 2 or 3 tier towns of Uttar Pradesh.

She has travelled widely both in India and abroad as speaker/Expert in a host of National and international conferencesand is in complete sync with happenings in the field of education all around.

She has authored books for schools in English. She is also one of the prominent authors/educators whose thoughts feature on a special compilation on Joy and Power of Reading brought out by Scholastic called WHY I LOVE TO READ which features many prominent writers.